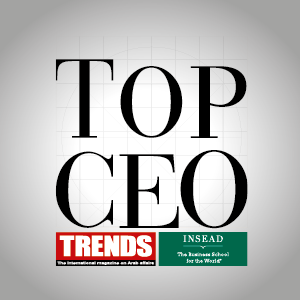 January 15, 2019January 24, 2022 [email protected]
https://www.topceo.me/
Top CEO awards is a red carpet award ceremony to celebrate the achievement of the Top ranked CEOs, in association with Trends Magazine, and is attended by the region’s most affluent people; CEO’s, CMO’s, Presidents and VP’s. It is the only regional ranking based on financials from publicly listed companies. The ranking of the CEOs is based on financials that are posted quarterly on the stock exchanges. When compiling the list of Top 50 CEOs, the following criteria are used among others:
•Growth
•Profitability
•Turnaround
•Share Price
•Size
•Reputation

The event was attended by:
• Chief executives of the companies listed on the GCC stock exchanges
• CEOs of privately held companies
• Regional high-level executives of global companies
• Board directors
• Media Saudi Arabia